Volker König, aka "am Synaptic" an Oliver Elschenbroich

Both artist have been released several tracks on CD and Vinyl under the names of "Solaris", "Neuwerk" and "a.m. Synaptic" on Label like Tunnel Records, Euro Media and SPIRIT ZONE.

Their musical roots are Rock, Blues and Reggae - but already 1984 they started with Electronic music, playing keyboards for bands as HH-Style, Neuwerk, Factor and Tranceformation.

Touring Germany and Austria they have been playing live at many concerts, open airs and clubevents.

This music tries not to copy, -but to present an own, authentic style of sound - enlarching the spectrum of the trance scene. 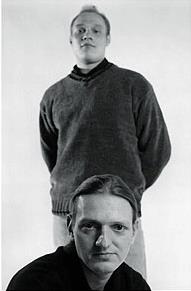